Breaking into federal government contracting can be daunting. There are ever-changing compliance obligations to consider and complex bidding and proposal submission requirements to navigate. An entire industry of sales consultants, proposal writers, and lobbyists promising to help tap into the $600 Billion plus federal marketplace are only a Google search away. Engaging the services from one of these firms is generally allowed, but there are restrictions. This post deals with one of those restrictions—the Covenant Against Contingent Fees (FAR 52.203-5) which restricts how government contractors pay third-party sales agents.
…
END_OF_DOCUMENT_TOKEN_TO_BE_REPLACED

A unique aspect of doing business with the federal government is the built-in limits on a contractor’s right to assign the contract or the right to payment under the contract to third parties. The Anti-Assignment Act (41 U.S.C. § 6305) prohibits the transfer of a government contract or interest in a government contract to a third party. An assignment of a contract in violation of this law voids the contract except for the Government’s right to pursue a breach of contract remedies. What’s a contractor to do when it is acquired/merged with another firm, is restructured, or goes through a variety of other types of corporate transaction? The Federal Acquisition Regulations recognize that firms involved in government contracts get bought and sold from time to time and includes procedures for the novation of contracts in certain situations to avoid a potential violation of the Anti-Assignment Act.
…
END_OF_DOCUMENT_TOKEN_TO_BE_REPLACED

Sorting through domestic preference requirements applicable to government contracts is no simple task. Different agencies like the DOD, FTA, FAA, FHWA, have their own rules applicable to certain programs. Exceptions from those rules can differ when a small business is making the offer. And the rules are subject to change. With the Court of Appeals for the Federal Circuit’s (“Federal Circuit”) decision in Acetris Health LLC v. United States (Fed. Cir. 2/10/2020), the situation is now a little more complicated. The same product may be “U.S. made” for government contracts purposes but considered foreign origin for customs and international trade purposes which triggers US customs duties and tariffs.
END_OF_DOCUMENT_TOKEN_TO_BE_REPLACED 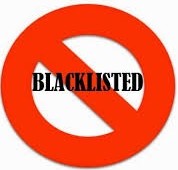 Like any consumer, the Government has inherent authority to pick with whom it will do business. Not everyone makes the cut. Suspension and debarment are the Government’s tool to avoid entities it views as a high risk for poor performance, fraud, waste, and abuse. Suspension and debarment preclude a business entity or individual from contracting with the Government or from receiving grants, loans, loan guarantees or other forms of assistance from the Government.  A suspension is a temporary exclusion when the Government determines immediate action is necessary pending the completion of an investigation or legal proceeding. A debarment is an exclusion for a defined, reasonable period of time—often three years.
END_OF_DOCUMENT_TOKEN_TO_BE_REPLACED

The answer is yes, if you can prove it. Below we outline the standard contract clauses dealing with delays from epidemics and discuss how courts have interpreted those clauses in the past when contractors claimed their delays should be excused due to an epidemic.
END_OF_DOCUMENT_TOKEN_TO_BE_REPLACED

In this post, we provide some background on the MHPI program, the environmental contamination litigation filed so far, and some perspective on the legal issues presented in these cases. We explain why MHPI developers have a basis to assert derivative sovereign immunity and why the federal enclave doctrine presents an obstacle to some state law claims. We also point out why plaintiffs may face insurmountable hurdles in achieving certification to proceed in a class action.…
END_OF_DOCUMENT_TOKEN_TO_BE_REPLACED We have previously written about the Department of Labor’s effort to expand the scope of its regulatory and enforcement jurisdiction over government contractors against the wishes of Congress and even fellow federal agencies. The United States Court of Appeals for the District of Columbia struck down an attempt by the DOL to significantly expand the Davis-Bacon Act to apply to the construction of a Public-Private Partnership project. The Davis-Bacon Act requires that contractors on federal and DC government construction projects pay prevailing wages and fringe benefits to the workers on such projects. DOL sought to apply the Act to CityCenterDC, which is a mixed-use development on the site of the DC Convention Center. This project includes 60 retail stores, various private offices, approximately 700 residential units, and a 370-room luxury hotel. …
END_OF_DOCUMENT_TOKEN_TO_BE_REPLACED Prevailing on this type of protest can be difficult because it requires the protestor to demonstrate that an agency acted unreasonably in describing its requirements, which is an area over which agencies are granted broad discretion. But the equities of such a challenge can be in the favor of the protestor because the protest seeks to expand competition, which ultimately should benefit the agency. The GAO recently sustained a pre-award protest of a Department of Veterans Affairs procurement for sterile foam dressings because the agency was unable to provide a reasonable explanation for a restrictive absorbency specification in its solicitation.
END_OF_DOCUMENT_TOKEN_TO_BE_REPLACED